As an avid collector (read: hoarder) of eye makeup, I was heartbroken when I found out that I had to wear glasses for my nearsightedness. How was anyone going to be able to see the Picasso art on my eyelids through the thick frames? However, over the years I’ve realised that eyeglasses can have more than just a functional purpose— they’re a great accessory to show off your personality. Glasses and eye makeup don’t have to be an either-or choice— here’s how you can make your makeup stand out behind your frames: 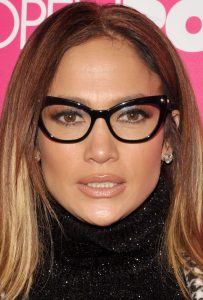 Celebrity Makeup Artist Kalyani Nayak says “The colour of the eyeshadow depends on the frame that you wear. A thick frame looks good with a light colour eyeshadow. On the other hand, for a frame that is thin or rimless, you can experiment with a slightly bold colour. Using a shimmer shade will allow the makeup to reflect and show through the glasses as compared to going all matte.”

Adding to the conversation, Celebrity Makeup Artist Vibha Gusain says, “Instead of eyeshadows you could also experiment with coloured eyeliners that will make your eyes pop.” 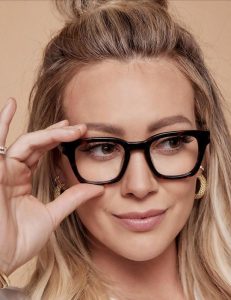 “If you’re farsighted and your eyes look bigger through the glasses, you can use a black or a brown eyeliner in the waterline to make it look a bit smaller. If you’re nearsighted and your eyes appear smaller through the lens, use a nude eyeliner in the waterline to make the eyes look bigger,” explains Kalyani. 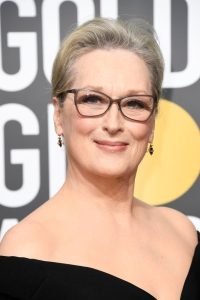 “Enhance your eyelashes by curling them and applying some heavy mascara,” shares Vibha. Prioritise volume and curl over length so that your lashes don’t brush the lens when you blink. Kalyani says, “Curling the eyelashes is very important as the eyes look more open and wide. Layer a lot of waterproof mascara to avoid any smudging or transferring.”

If your frames almost cover your brows, you can get away with not paying too much attention to them. Have frames that are black and heavy? Just lightly fill in your eyebrows for a natural look to avoid a clash and keep your tweezers handy to get rid of any noticeable strays if you have lenses that magnify your eyes. 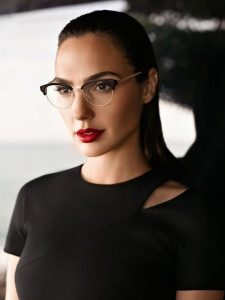 “As the glasses rest on the nose, they may slip and leave marks on the nose pads thus taking off the foundation beneath. Setting your foundation with powder, especially around the nose area will help it last longer.” shares Kalyani

Glasses cast shadows around the eye area, and if they have magnifying lenses, they’ll also highlight the existing dark circles and creases in the makeup. “Conceal your under eyes and powder them well to brighten up and add a lift to your face,” says Vibha.

“It would be a great idea to go bold on the lips to shift the focus from the eye and create a balance,” concludes Kalyani.

Have Downturned Eyes? Here Are All The Makeup Tips You Need To Know