I was once out on a date with a guy who complimented my humour and said that it reminded him of Mindy Kaling. The praise I still hold close. The boy? Not so much. Mindy Cho(Kaling)am is an actor, writer and producer and most importantly, she is every brown girl’s personal superhero. She entered Hollywood when not many white women were given a seat at the table, let alone a woman of colour being allowed to hold her own. Fun fact: Mindy was a diversity hire in the writer’s room of The Office, a sitcom that practically launched her career. Even though the makers of the show were motivated by NBC because the network promised to cover the BIPOC writer’s salary—she went on to write the most number of episodes on the series, all while portraying the character of Kelly Kapoor, which made a solid dent in pop culture history.

I Have A Lot GIFfrom I Have GIFs

After a rock-solid launch, Mindy made the most of this mileage and went on to create her own multiverse of movies and shows that have changed the narrative for women in comedy, especially women of colour. Today, you could name an OTT platform and there will be a project she is headlining on it.  From Netflix’s Never Have I Ever starring an Indian-American teenager Maiteryi Ramakrishnan and The Sex Lives of College Girls on HBO Max to a wedding comedy in the pipeline with Priyanka Chopra on Amazon Prime— her production house Kaling International is behind it all. The production house she runs with just 3 other women. If you think this is enough to fill up the schedule of a multi-hyphenate, here’s a surprise. It barely covers her workload until lunchtime. Besides this, she’s penning down the script of Legally Blonde 3, where her BFF a.k.a Reese Witherspoon will be reprising the iconic role of Elle Woods. Mindy is simultaneously also lending her voice to the geekiest character in the Scooby Dooby tribe – Velma, as the fans wait for this much-anticipated spinoff. 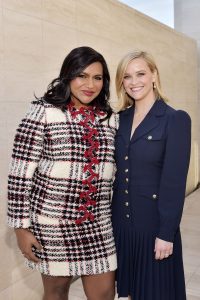 When she isn’t lending a voice to female characters that often don’t make it into the mainstream media, Mindy is busy playing them. In The Mindy Project, she allowed the protagonist to be ambitious yet flawed, In the movie Late Night, she went toe-to-toe with Emma Thompson and uncovered the hard realities of ageism and the tokenistic approach towards women of colour. In the same year, Mindy rubbed shoulders with Rihanna and Oprah on-screen in Ocean’s 8 and A Wrinkle In Time—she’s a girl’s girl through and through. In an interview, she even joked that she no longer remembers how to act with men, because for the longest time in her career now, she’s developed her best on-screen camaraderie with women. On her 43rd birthday, here’s a recall of all the times Mindy has walked the talk or paved the way for women in reel and real life. 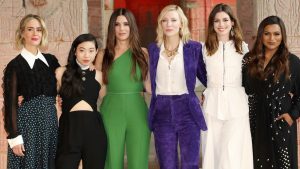 1. Makes Space For Female Writers In A Male-Dominated Industry 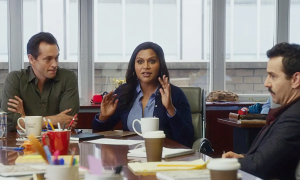 It doesn’t come as a surprise that women fill in most of the seats in the writer’s room for all of Mindy’s shows and films. If that wasn’t enough, she has also partnered with Amazon to launch her own imprint. Through this, Mindy’s Book Studio will be publishing the books she whets and will also be the first choice of the production house, in case it gets turned into a feature film or series.

2. Celebrates being A Single Mom

At 37, Mindy welcomed her first child, a daughter named Katherine Swati Kaling and started this journey of single parenthood. From the very beginning, she set the record straight about being the only parent in the picture and has openly talked about why she made this decision. Mindy always wanted to be a mom because of her relationship with her own mother, but the idea of waiting for a partner to be in the picture to do it didn’t seem very Mindy-like—hence, she took the matters into her own hand now she is a mother of 2 beautiful children, including her one-year-old son Spencer, who she welcomed during the pandemic. 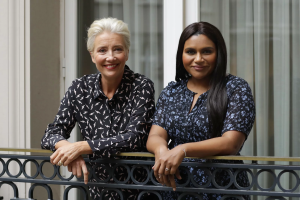 When American television was busy typecasting people of colour in insignificant roles that made little to no difference in the story, Mindy’s Kelly Kapoor was sassy, opinionated and nothing like her counterparts in other shows. Along the way, she chose to showcase and portray characters of women from different walks of life—facing different issues at each of these stages. Whether it’s the story of a television anchor dealing with age discrimination post her prime years or that of a young immigrant Indian-American teenager navigating her life as a high schooler in America, there was nothing superficial about it. 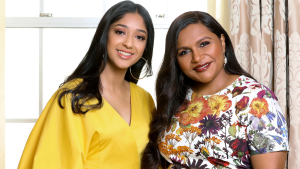 Right from The Office, Mindy grabbed the opportunity to introduce South Asian culture to the all-American landscape. Even through The Mindy Project, she managed to incorporate nuances of her heritage in a way that was authentic to her. For someone who hasn’t lived in India and doesn’t speak any of the languages of the land, Mindy knew she needed to broaden the horizon of representation by passing the mantle and letting more brown faces take the charge of the course. Her hit Netflix Never Have I ever stars Maitryi Ramakrishnan, a 20-year-old Indian-Canadian, with a largely Indian supporting cast. Even the show The Sex Lives of College Girls has Amrit Kaur playing the role of Bela who is one of the 4 protagonists. Slowly and steadily, Mindy is claiming and creating a place for this largely misrepresented community, one stellar project at a time.