Movies To Watch When You Need An Instant Dose OF Laughter

In these extremely challenging times, we’re all feeling a little helpless and restless. Although it may not seem like it, staying indoors and protecting our loved ones is the greatest service we can all collectively do. But this time around, being in the comfort of our homes isn’t very comfortable. The constant fear of bad news and doomscrolling has consumed most of our energy.

Even the idea of starting a new series and putting our brain power there is exhausting. Then how does one distract themselves and escape this cycle of negativity for a while? It’s simple: become a blanket burrito and watch your go-to funny movie. For those 2-3 hours, laugh your heart out at every senseless scene in the film and enjoy. 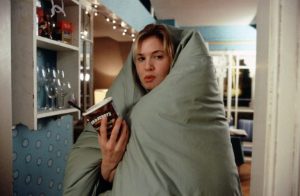 To make your life easier, here’s our recommendation of eight comedy films that will tickle your bones for sure.


Welcome is a 2007 comedy classic that is still relevant to the masses. A bizarre riot starring Anil Kapoor, Akshay Kumar, Nana Patekar and Katrina Kaif in prime roles, this is one of the funniest Hindi movies of that decade. You cannot call yourself a Bollywood fan if you haven’t replaced real-life sentences with the dialogues of this movie. The inspirational quote, “Seh lenge thoda,” an accurate description of our current lives, is a gift from this film.

This movie has Emma Stone, Steve Carell (a.k.a Michael Scott) and a mostly shirtless Ryan Gosling. Still, need more reasons to watch it? It’s a romantic comedy where Gosling plays Carell’s wingman after his separation, and their equation unfolds endless hilarious drama for everyone. Also, did I mention Ryan Gosling and his 48 abs?


Hera Pheri is in a league of its own. It is one of the only films with an equally popular sequel. From its humorous plot to the impeccable comic timing of its stellar star cast, this one is a definite mood uplifter. It doesn’t matter if you’ve watched it a hundred times already; you’re still going to laugh when Baburao drops his dhoti.

We all have that one friend who looks innocent but always gets everyone into trouble. The Hangover series is about one troublesome friend named Alan (Zach Galifianakis) and his crew that includes Phil (Bradley Cooper) and Stu (Ed Helms). All the movies in this series begin with them wanting to abandon Alan, only to end up with him in a strange city, after a wild night of drugs and no memory. This is a dark comedy and will leave you in splits.


ZNMD is not an out and about comedy movie, but it’s one of those comforting films that hits you right in the feels. It’s about three best friends played by Abhay Deol, Hrithik Roshan and Farhan Akhtar, who discover themselves on a bachelor trip to Spain. The only drawback, this light-hearted film will make you miss your annoying best friends, whom you can’t meet right now.

An Adam Sandler comedy always delivers, especially if it’s with an ensemble cast like the one in Grown Ups. It’s a story about Lenny Feder, a big-shot Hollywood agent, played by Adams,  who reunites with his childhood crew at the funeral of their high-school coach. What happens next is a reunion for the ages that the entire town remembers. It’s a family comedy with multiple characters that will keep you thoroughly entertained.


Bhoolbhulaiya is a horror comedy in the late 2000s with the best of Bollywood’s funny men. From Akshay Kumar to Paresh Rawal and Rajpal Yadav, this movie has all the ingredients of an entertainer. A ghost story with a witch from the past and a crazy family that believes in reincarnation, the secret sauce of this film is Vidya Balan, who still haunts me with her portrayal of Manjulika every time I look in the mirror while removing my makeup.

The story follows Barden University’s all-girl Acappella group, The Barden Bellas. With Anna Kendrick, Rebel Wilson, Britney Snow and Anna Camp in the lead, the movie is about a bunch of misfit girls coming together and winning a competition against all odds. Even after being polar opposites of each other, when they unify, their music needs no instruments. Also, Rebel Wilson as Fat Amy is the most wholesome character in the film, and her dry British humour will keep the laughter fits going.

Which are your favourite comfort movies that you’re watching right now to keep yourselves distracted? Do let us know.