With the way the new year started, I am completely fine if people ask me to erase January. Give yourself a round of applause for getting through the gruelling month BTW! As we enter a new month, a host of new shows and films await you–from romantic dramas, thrillers, documentaries to true-crime series. So it’s safe to say that February is the new January as this month has way more exciting content to binge on. Need proof? Check out the list of new releases on OTT platforms this month.

Watch Deepika Padukone, Siddhant Chaturvedi, Ananya Panday and Dhairya Karwa come together on screen in this much-anticipated, intense romantic drama. Directed by Shakun Batra, Gehraiyaan revolves around the subject of love and friendship versus one’s ambition, goals, and struggles. This looks like a sentimental watch, so prep before hand, with some chocolate and tissue paper boxes!

Raise your hand if this reality show was your major source of entertainment during the first lockdown (it me!). Right from the casting to the drama between contestants, we loved the raw and real them on the show. Now, it’s time to meet the new lot of love-deprived people as they take part in the new season Love Is Blind (one of the new shows we’re excited for). The pods are officially open where men and women will go on blind dates and decide who they want to marry in a matter of a few days only. “This would be an awesome story to tell our kids. I met your dad in a social experiment where I was dating 14 other guys,” says one of the contestants in the trailer, which basically explains the plot of the show in a nutshell. Couples such as Amber and Barnette, and Lauren and Cameron made us believe that the show can actually find your real-life partner as both are still happily married after the show. So let’s see what the new season has in store, besides drama of course.

Streaming on Netflix on February 11

The show revolves around the infamous sex tape scandal of iconic ‘90s star Pamela Anderson (Lily James) and her rockstar summer husband Tommy Lee (Sebastian Stan), and the events that led to its leakage. I’m very used to watching Sebastian play Bucky Barnes in the MCU and Lily’s role in Cinderella is etched in my brain, so seeing them play such contrasting characters makes for an interesting watch.

Kanye West, now known as Ye, is at the centre of this three-part documentary. It dives deep into his formative years as a rapper, the narrative is told from the perspective of Clarence ‘Coodie’ Simmons–the man who met the rapper 21 years ago. He saw something special in Ye and decided to move from Chicago to New York City to document Kanye’s journey as he went on to become one of the greatest rappers, without knowing how far that journey would take them.

Streaming on Netflix on February 16

Love South Indian action thrillers? Here’s a gripping one for you. Mahaan tells the story of real-life father-son duo Vikram and Dhruv Vikram for the first time. The plot revolves around a man who diverges from the path of ideological living in search of personal freedom but gets abandoned by his family in the process. After fulfilling his dream of becoming a billionaire, he also begins to miss his son. But will life offer him a second chance to be a better father? You’ll have to watch the film, which portrays his action-packed journey through a series of events.

Zoë Kravitz plays the lead Angela Childs, a Seattle tech worker with agoraphobia, who discovers recorded evidence of a violent crime but is met with resistance when she tries to report it. To seek justice, she must do the thing she fears the most–she must get out of her house. To watch her play a character that hates public spaces but is so keen on solving the crime will certainly be interesting to watch.

Fellow K-drama fans, brace yourself for this sweet show that is finally releasing on Disney+ Hotstar. Snowdrop features BLACKPINK’s eldest member Jisoo (marking her acting debut) along with stars Jung Hae-in, Yoo In-na, Jang Seung-jo, Yoon Se-ah, Kim Hye-Yoon, and Jung Yoo-jin. The official synopsis of the period drama reads, “When a blood-soaked man (Jung) bursts into the dormitory of a women’s university in Seoul, Eun Yeong-ro (Jisoo) will go against her better judgment and risk being expelled to hide the man from his attackers and tend to his wounds. Unbeknownst to Yeong-ro, the man has a harrowing secret that threatens to put her friends’ and family’s safety at risk, and the two young lovers will have to work together to overcome the obstacles”.

Streaming on February 9 on Disney+ Hotstar

Movies with storylines featuring time loops aren’t an unfamiliar space. But if this theme coupled with crime interests you, then watch Looop Lapeta. The story is about an ex-athlete Savi (played by Taapsee Pannu) who settles down with a small-time gambler Satya (played by Tahir Raj Bhasin) who has a tendency of getting tangled in troublesome situations, which he eventually does. When he loses a huge amount of money, he calls up Savi who comes to his rescue. But here’s the catch–every time she comes close to solving the problem, time resets and brings her to the first step, giving her the chance to solve it again.

Netflix’s true crime genre is a hit among viewers. Itching to watch a new one? Get ready to binge on this true-crime mini series based on the story of Anna Sorokin (played by Julia Garner), a con artist who tricked New York’s elitists into funding her whims and desires. The Russian-German woman pretended to be a German heiress. But IRL, she’s the daughter of a Moscow truck driver and a housewife who moved to NYC after transferring offices of Purple, the magazine she worked at in Paris. Inventing Anna presents this story from the perspective of journalist Vivian (played by Anna Chlumsky) who is keen to chase this story.

Streaming on Netflix on February 11

If cheesy, cringy and cliche rom-coms are your jam, watch I Want You Back this Valentine’s Day. When Peter and Emma meet each other, they both realise they’ve been dumped on the same weekend. On finding that both their exes have moved on, they team up to sabotage their exes’ new relationships and win them back for good.

If you like reading pop culture stories? We also recommend reading this one–5 Classic Shows And Movies Ruined By Their Reboots And Remakes. 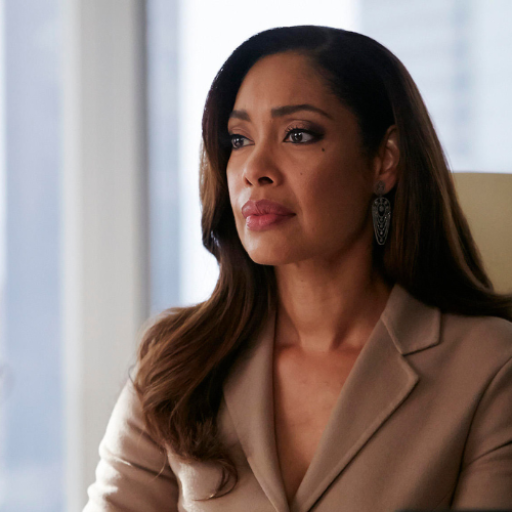