10 New Launches On Our Radar This October

Yesterday, my casual Instagram scrolling session was disrupted by a disturbing update that led to the origin of this idea. Olivia Rodrigo may play Jamie Sullivan in the remake of the ’90s classic – A Walk To Remember. The mere image of the Driver’s License singer playing the character immortalised by Mandy Moore gave me shudders. Olivia can act (HSM remake can attest to it) but do we really have to overwrite our precious pop culture memories with mediocre remake attempts? Whatever happened to just watching the old movie/show when nostalgia struck and calling it a day. This thought sent me down a spiral raising a valid question – do we as a generation have a knack for ruining the good old things?

Speaking of good old things – I know, I advocated ‘And Just like That’ but back then, (specifically in December) I was a hopeful optimist – but the forced plot line and the desperate need to be woke and inclusive just ruined the very essence of the show. Similarly, I welcomed the idea of Disney alumni, Hilary Duff, helming the reboot of the legen(wait for it)dary show – How I Met Your Mother. 15 minutes into the pilot and I knew the magic cannot be recreated.

This convinced me to take a peek at all the recent remakes/reboots that have happened. Sadly, they’re all equally or more disappointing than my very passable exes. If you still haven’t invested your time and valuable binge-watching hours in these pop culture catastrophes – here are the 5 series and films you can give a miss. 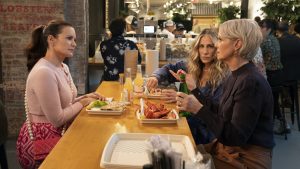 Full disclosure: I still haven’t watched the series finale, but how much is that going to change the road-kill that were the last 9 episodes? For starters, Carrie is an even worse friend now (didn’t think that was possible), Miranda has lost all her sass, quit her job and is now a full-time approval-seeker *cue in an awkward scene between her and Che*. I am all for label-less romances between two fiery characters, but why is the power dynamic so uneven? Miranda – the OG queen of witty comebacks was reduced to a politically-correct caricature of a woman struggling with sexual identity in her ’50s. Let’s not even get started on Charlotte – I knew that her character arch would revolve around being Manhattan’s Stepford wife who is abnormally enthusiastic about PTA – but they couldn’t have been more cliché even if they tried. Charlotte trying to navigate the recently established identity of her non-binary kid, while trying to be a less-white hostess with the most diverse dinner party crowd. Also, they did Steve dirty – not only is he sexually lethargic but deaf and boring – didn’t Steve and Miranda have the most romantic reunion on the Brooklyn bridge? Yes, that’s where their storyline (like the rest of the series) should have ended.

2. How I Met Your Father 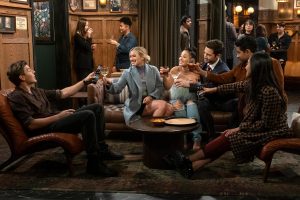 Despite my love-hate relationship with How I met Your Mother (read here), the first few seasons and the freshness of its satirical humour had us gripped. When HIMYF was announced – the diverse cast consisting of Hilary Duff, Francia Raisa, Suraj Sharma, Chris Lowell and Kim Cattrall had me pumped. The thought of losing Samantha but regaining her as an interesting character (Hilary from the future), filled the void – but to watch her crack jokes that didn’t land and make dating inuendos about 2022 in 2050 that barely made sense was painful. Hilary as the doe-eyed optimist is only endearing for the first 5 minutes. Same for grown-ish famed Francia, her portrayal of a spicy Latina, hyping best friend has been done to death. The 3 lead boys do little or nothing for you as even their rock-solid abs and dimple-dented smiles won’t distract you from the snooze-fest chemistry between the new crew. 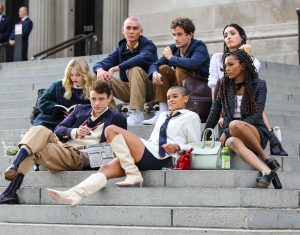 My true review of the Gossip Girl Reboot is that I couldn’t even convince myself to watch beyond the 4th episode – and here we are talking about someone who has watched 18 seasons of Grey’s Anatomy only because of my unhealthy obsession with completing shows and movies once I start them. While their intentions and heart were in the right place – brownie points on the inclusive cast – they couldn’t even come close to the euphoric madness created by the real Upper East siders. The new met-step crew seemed bland and lacked the passion or conviction to play the scheming bad guys one day and forever-has-your-back-BFFs the next. The future of season 2 of the reboot is up in the air – honestly, that’s exactly where it should remain. 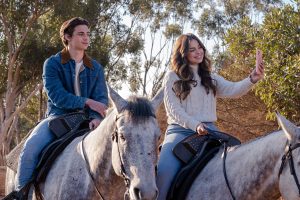 I am all for a creative individual who jumps hoops and changes mediums – so when popular TikToker Addison Rae declared that she will be debuting in the remake of the ’90s classic ‘She’s All That’, I was all set to give Kourtney Kardashian’s youngest BFF the benefit of the doubt. But the sheer idea of basing the plot of a movie on the premise of a physical makeover (even if the gender was reversed), only to stress on the message of inner beauty and love conquers all felt a little outdated and overused. Even if one turns off their brains and watch it for just entertainment purpose – the makeover doesn’t live up to the hype, especially if you’ve been ruined by the Anne Hathway school of makeovers. 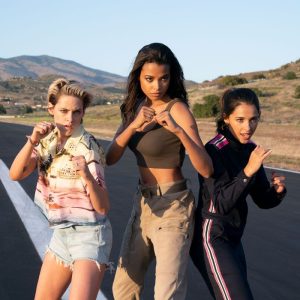 When I saw the trailer of this film starring Kristen Stewart, Naomi Scott and Ella Balinska, I instantly knew it won’t match up to the Cameron Diaz, Drew Barrymore and Lucy Lu level of camaraderie. Mainly because even though the girls were visibly different from each other, their friendship strengthened your belief in them as a unit. In the new version, while Kristen and Ella are angels, they are more or less estranged – later, Naomi does join the party and the trio takes down the evil as per schedule – it doesn’t have the same impact. The young batch of angels do bring a fresh sense of individuality, but how does one live up to the expectation when the bar is set by 3 of the most iconic names in Hollywood?