How To Navigate The Uncomfortable Feeling Of Outgrowing Your Friendships

One day you’re making pinky promises and completing each other’s sentences and the next day you look at each other in the eyes but don’t recognise the connection anymore. When friends break up over a fight or misunderstanding, you have something to blame for the upheaval but what about the times when nothing really goes wrong, but everything changes? Outgrowing your friend(ships) can be an uncomfortable space to be in but does it really deserve the negative connotation it seems to have? 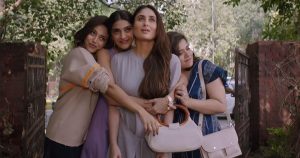 Why Do We Feel Like We’ve Outgrown Certain People?

When we’re younger, our friendships are based more on immediate gratification. Eden Lobo, Assistant Professor of Psychology at Ajeenkya D.Y. Patil University, Pune expands further, “Say you enjoy sports and you meet someone who has similar interests, your friendship grows. We have different friends with different similarities based on things that we like and things that are important to us. With time and experience, those things might not be as important anymore. If your friendship is just based on one similarity and there is no deeper level of emotional intimacy, the friendships kind of drift apart when your interests change because there’s nothing else to hold it together.”

With growth and life experiences, comes change. Your school friends may have a different version of you in their minds while your current ones may have another. You’re probably not even the same person you were two years ago. “When your goals and paths that were once similar change, you don’t feel as aligned with the person anymore. This happens if there’s a shift in values and ideologies too. You may not resonate with your friend’s belief system anymore. That’s when the unspoken tension arises.” shares Eden. 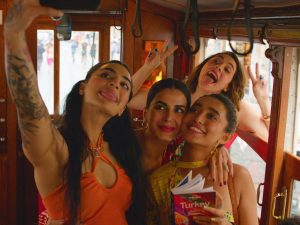 A study published by the Aalto University School of Science in Finland and Oxford University found that it is at the age of 25 that both men and women start losing friends. Referred to as the peak point, as we get older our friend count begins to drop. “The need for love and belongingness becomes much more as we grow up and we give more importance to emotional connections. The need for belongingness can be seen in adolescence too but it’s more about fitting in and being popular which is reflected in the kind of people we choose to surround ourselves with. As you grow older, you will want to spend time with people who genuinely care for you rather than invest your time in these superficial relationships.” explains Eden. 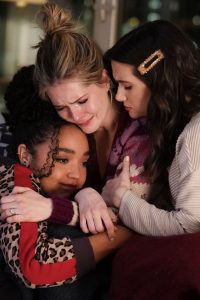 Whether it’s Sex and the City or The Bold Type, the portrayal of adult friendships in pop culture can often lead to unhealthy, unrealistic expectations of what friendships should be like. Are you even friends if you’re not hanging out all the time, are overly involved in each other’s lives and drop everything to take a vacation when one of you is going through a hard time? Onscreen friendships build the idea that friends are forever, which is not always the case in real life. The beauty of friendships is that you choose to be together even without the pressure of commitment that a romantic relationship or marriage might have. Your friends aren’t bound to you forever and sometimes they may choose to leave which is a normal part of life. Outgrowing people is not equivalent to a failed friendship, it just means that the dynamic has changed. 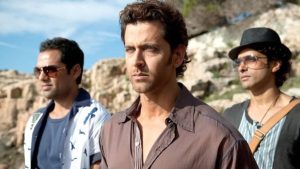 What To Do When You’re Outgrowing Your Friend(ships)

You may have had a huge group of friends in school, but how many of them are you still in touch with? “Sometimes you outgrow certain relationships without even realising it especially when both parties kind of feel the same way and eventually drift apart. A sense of guilt comes when it’s not mutual, when you’re consciously deciding that you don’t want this relationship and the other person does not know that you’re doing this or they’re not ready to let go of it. The best thing to do at this point would be to talk to your friend about your feelings rather than completely cutting off the other person. This way you can end on a positive note and even become those kinds of friends that may not talk much but are still there for each other.” concludes Eden. Feeling disconnected from the people around you doesn’t mean you’re a bad friend or that something is wrong with either of you. It’s a part of growing up that needs to be normalised.