Disclaimer: Opinions in this article are purely based on the writer’s (me) experience – it will most definitely offend the fandoms of some really popular shows.

Today I woke up and chose violence – but in my defence, some of these shows really had it coming. All of us have been the victim of peer pressure when it comes to pop culture – in fact, my watchlist consists of 80% recommendations from friends. Sometimes you strike gold, other times you really wonder what’s the hype is about. Especially, if it’s a show or movie everyone’s constantly talking about. To further piss off strangers on the internet, here’s my completely biased list of ‘meh’ shows/movies that are otherwise considered to be cinematic wonders.

I always wondered; if we removed the pre-recorded laughter after every scene – would people be actually laughing at the jokes in F.R.I.E.N.D.S? The answer is no, a chuckle or a giggle maybe – but not a full-blown-belly-laughter we hear on the show. Most of the humour is based on mockery or self-depreciation and the storyline is predictably redundant. Of course, it’s the perfect show to watch when you’re taking a half an hour lunch break while simultaneously scrolling on your phone, but it isn’t the one that holds my attention anymore.

2. How I Met Your Mother

Even if we somehow get over the very appalling finale of HIMYM, one cannot overlook the gigantic problem this series always had. To begin with, the character that is written to be the most flawed – Barney Stinson, turns out to be the one that has the most redeeming qualities. Ted Mosby, the one that’s supposed to be the righteous protagonist is what we call a subtle gaslighter in today’s dating world. Lily, Marshall and Robin’s characters never really meet their full potential and the story somehow becomes lukewarm over the many stretched seasons. 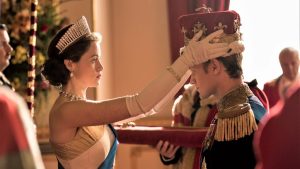 Despite the craze behind this show due to its portrayal of the royal family, its slow pace and the rarely-gripping storyline does very little to nothing for me. Apart from the stellar casting, the on-screen royals have left no lasting impression on me. The series is often criticised for its lack of balance – while some moments are over dramatised others are not factually represented. 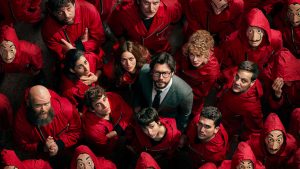 Okay fine, just like the rest of the world, this show had me captivated during the first 2 seasons. Then, it went downhill – to a point where I still haven’t watched the series finale and I am okay with not knowing the end. I was sold on the idea of a bunch of organised robbers stealing from the bank and living their lives scot-free on an unknown island – but to have them come back for another (bigger) heist – led by the cop who was trying to catch them in the first place is where it became unsettling and delusional for me. 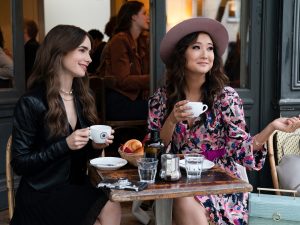 The romanticisation of Paris is almost nauseating. For someone who is a part of the fashion world and works closely with PR firms, I’d like to know how Emily discovered the magic wand with which she fixes major catastrophes at work by the end of each episode after getting a random epiphany during conversations. Also, how is Emily always lunching while forever meeting her targets? Asking for a friend. Emily In Paris is for those who like to fantasise about the glamour world – but for those who have actually been on the other side of the door; this show is far from reality.

The first season of this show hit all the right marks – it normalised conversation around mental health, destigmatised the topic of suicide and handled it all sensitively. Sometimes, a show hits its peak just after season 1, this is that show. The 2nd and 3rd seasons felt more like a piggyback ride on the success of the first instalment. While the makers tried very hard to recreate the magic – post the mystery behind the plot was solved, it just wasn’t the same. 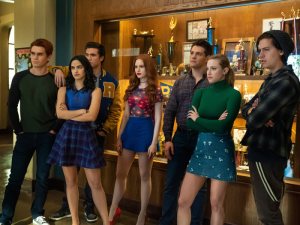 As a kid who grew up loving the Archies comic books, Riverdale came as a sweet surprise for the adult me. The first 2 seasons kept me hooked as the plot and the cast made sense according to the premise on which the show was based. Then came season 3 and everything went south – the teenagers acted like the grown-ups in the show and the adults behaved as questionably as they could. Nothing about it remained to be the high-school drama that it was. The introduction of unrealistic monsters/creatures and the exhaustingly confusing storylines have now become the centralised narrative of the series.

If we’ve missed a popular show you find disappointing, let us know in the comments below.