For 5 seasons now, Selling Sunset‘s narrative hasn’t moved forward from the mean girl trope. We get it, Christine Quinn is the Queen-B (major Regina George vibe)—and she adds the pizzazz to the show, but enabling her toxicity towards women, reduces female friendships and sisterhood to nothing but a superficial bond. It was supposed to be a show about successful women selling properties in stilettos—it is now reduced down to petty office drama and below-the-belt indecent remarks. It’s taken us decades to move over shows and movies that glorified characters who were famous for bullying people into submission. From Blair in Gossip Girl and Miranda Priestly in Devil Wears Prada to Alison in Pretty Little Liars and Chanel in Scream Queens—all these women are known for terrorising their friends/colleagues in the name of maintaining a chain of command. 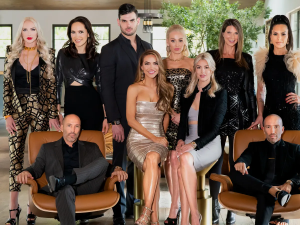 Women were always about forming strong allegiances, lifting each other up and building relationships, TV and movies are finally catching up. Then why is a show like Selling Sunsets slyly promoting toxicity in the name of reality TV drama—while simultaneously trying to project Independent women and their hustle in a man’s world as their main plot. Although guilty as charged, I have watched and enjoyed all 4 seasons of this show, until the repeated tearing down of women was their go-to idea for brewing up controversies. As I watched the latest season in one sitting, hoping for a different scenario—here are the incidents (there are more) that disappointed me even further. 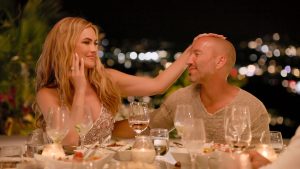 Chrishelle Stause’s love life has been at the epicentre of the show from the beginning. Right from her painfully public divorce with This Is Us star Justin Hartley to her recent unsuccessful relationship with the boss and the founder of the O Group, Jason Oppenheim—it is always up for discussion. But taking it a little too far in true Christine style, she accused Crishelle of landing listings only because she was sleeping with the boss. If you’ve followed the show, you’ve watched the arc of her professional growth from day 1. She is now one of the most successful agents at the brokerage, so a comment like that is too vile even for someone like Christine. 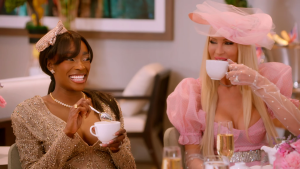 This season, a new agent has joined the Oppenheim workforce, Chelsea Lazkani. Brought in by Christine in a desperate attempt to have at least one friend (sidekick)in the office—Chelsea’s entry seemed promising but further got developed into a more polished version of Christine. She entered the scene when everything was mid-chaos and instead of hearing all sides, she decided to ferociously defend Christine and label her as the victim, when in reality, she has been the root cause of it all from the beginning. It’s one thing to support a friend—true friends hold you accountable, instead of forming a little mean clique with you. At least that’s what you’d expect from fully grown women who are still behaving like middle-school bullies.

It’s less about Selling Sunset and more about peddling gossip 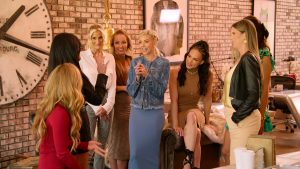 The first few seasons were a lot about selling multi-million houses in the most luxe areas of Los Angeles and a little about healthy competition. As the series progressed, the show makers are less interested in portraying the details behind ambitious women closing seven-figure deals and more invested in who can be more vindictive and spiteful towards each other. A little drama never hurts nobody, but too much drama can dumb down the entire premise of the show.

Reducing Davina To Nothing But A Pawn In The Plot 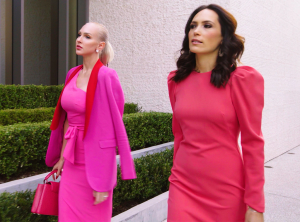 Okay, I’ll admit, Davina’s personality is as bland as the salads they pretend to eat on the show. But to watch her being reduced from Christine’s sidekick to the enemy clan’s background filler is utterly painful. Throughout the season you can see that she’s using her voice lesser and lesser and as a result, has become the easiest target. In one of the episodes, Christine’s new best friend and mouthpiece Chelsea literally put Davina on the spot for distancing herself from Christine, even though, the villain in the scene openly admits to having spoken derogatorily about her. Expecting Davina to be friends with a person who speaks ill about her is one thing, but to corner her, demanding loyalty is a whole new level of absurdity.

Will you be surprised if I say that the maker of this reality show is a man, who probably views women from a very limited and sexist lens? I think not. I get that men are still turned on with the idea of women cat-fighting and pulling each other’s extension, but can we please stop projecting their fantasies on reality shows that would otherwise be entertaining, sans the jaded drama.

If you like reality shows, here are some cringe-worthy series you can binge on. 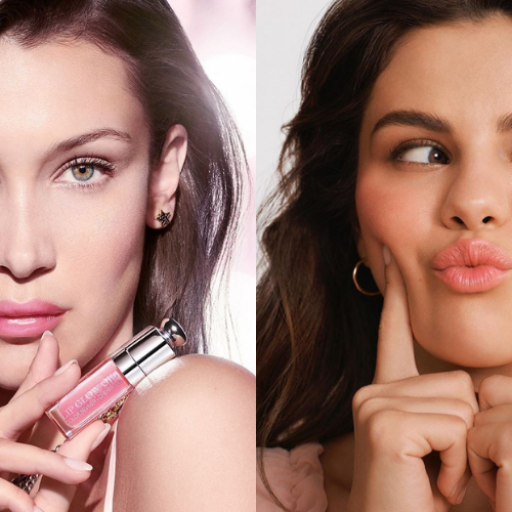 You Love Your Fuller Lips But Do You Know What Goes Into Your Lip Plumping Gloss?