It’s not for nothing that they call Kolkata the city of joy— rooted in tradition while soaring into the future, it’s a vibrant embodiment of culture and creativity— the people of which are sweeter than mishti doi. I spent a weekend in the city for an event curated to showcase the hospitality expertise, timeless venues, and exquisite culinary fare offered by Marriott Hotels, but what I experienced was more than just that— I got a taste of a week-long big fat Indian wedding come alive in one evening, under one roof— that’s the magic of Shaadi by Marriott Bonvoy. Hosted by Fairfield by Marriott Kolkata, the 3rd East India edition of the event was held at the Ozone Convention Centre on 7th August 2022 complete with workshops by Dolly Jain and Arti Nayar, and a grand fashion show by Pallavi Poddar. 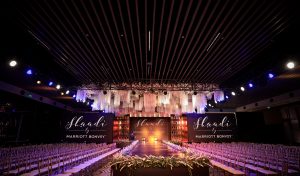 Split between three floors of the Ozone Convention Centre, each segment of the event depicted a different theme— Empress Hall resembled a wedding garden complete with a mandap and a reception stage for the masterclasses, Monarch Hall, the venue of the fashion soirée, showcased a palatial theme with exotic flowers gracing the ramp and the Regent Terrace welcomed guests to the old-world charm of a bohemian wedding with vintage wooden décor and a live band. The evening commenced with a bridal makeup workshop by celebrity makeup artist Arti Nayar who took the ‘less is more’ route to demonstrate an ethereal look inspired by the Bollywood icon, Sharmila Tagore. “Think beautiful, traditional winged eyeliner trend, well-defined lashes, complemented perfectly with a low bun,” she says. 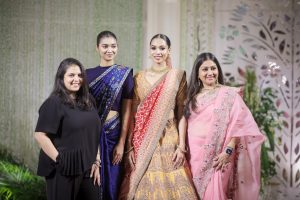 What followed was a masterclass by drape artist Dolly Jain that enlightened the audience with the techniques of sari draping including proportion play, pleating methods and pinning hacks. Talking about the event, Dolly says, “It’s the perfect opportunity for me to spread awareness about the beautiful Indian art of sari draping against the backdrop of the state-of-the-art banqueting facilities at Fairfield by Marriott Kolkata.” Located in New Town in the heart of Kolkata’s emerging IT hub, Fairfield by Marriott Kolkata boasts 182 guest rooms, including four Fairfield Suites. Introduced in 1987, Fairfield is Marriott’s solution for affordability, quality and innovation in its segment. A spectacular destination for business and leisure travellers, the hotel features meeting spaces, an outdoor swimming pool, a fitness centre and food & beverage options at the all-day dining restaurant, Kava, and Vertex, The Liquid Restaurant. 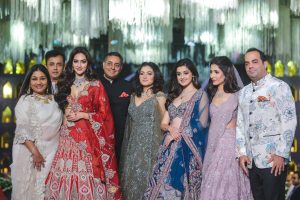 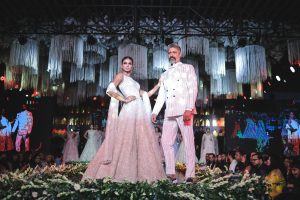 One of the most important parts of an Indian wedding is the food, and Shaadi by Marriott Bonvoy did not disappoint. From Bengali, Rajasthani, Maharashtrian and Awadi to Mexican, Italian and Japanese, the wedding buffet was a celebration of both Indian and international cuisines. With some champagne added to the mix and a live band to get everyone on their feet, singing and dancing together, Shaadi by Marriott Bonvoy was a night to remember.