For actor Karisma Kapoor, the month of June this year brings in two milestones. Not only does the actor turn a year older, but she also completes 30 years in the industry. Starting her career at the age of 16, Karisma soon rose in popularity and made a mark in the field of comedy, a largely unheard of feat, especially for female actors at the time. While she is known and loved for her fun, cool girl roles alongside Govinda, Karisma also constantly took on roles that showed the spectrum of her ace acting skills. On her 47th birthday, here’s a look at four of her underrated but extremely iconic performances. 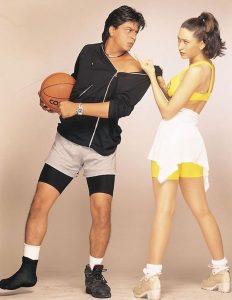 Dil Toh Pagal Hai (DTPH), an out-and-out commercial film, is known as a romantic film, with a typical (for Bollywood) love triangle. What makes Karisma’s character stand out from Madhuri Dixit and Shahrukh Khan is the sheer relatability. From her fashion game (hello athleisure) to her beautiful dance moves to her charming personality, you are constantly rooting for Nisha. The role also opened up the doors for a fun, cool girl character that was largely missing from Bollywood scripts – everyone was either a goody two shoes or an out-and-out negative character. Karisma took home the National Film Award and Filmfare for the Best Supporting Actress for her role. 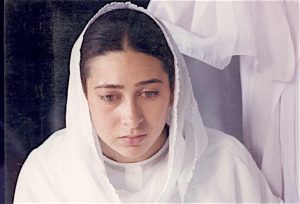 Paired against Hrithik Roshan (who had the national obsessing over him, post his debut release), Karisma played his sister, Fiza. Written and directed by Khalid Mohammed, Jaya Bachchan, Hrithik and Karisma, depict a beautiful and relatable portrayal of a family. Tragedy struck when Amaan (Hrithik) disappears after the 1993 Bombay riots. Karisma’s acting prowess is seen in her portrayal of a strong woman who sets out to bring back her brother, only to realise that he is now a terrorist. The film won Karisma a Filmfare Award, amongst many other accolades. 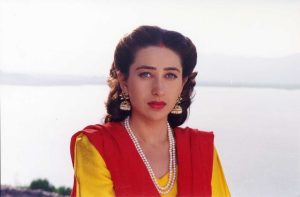 Zubeidaa had a stellar star cast with the likes of Manoj Bajpayee, Rekha, Surekha Sikri and Farida Jalal, amongst others, but it was Karisma who carried the film. Based on the life of the actor Zubeida Begum, who married Hanwant Singh of Jodhpur and was the mother of the film’s writer, Khalid Mohamed, the film went on to get Karisma a Filmfare Award. Playing the titular character, Karisma brought in a certain charm to the role that instantly connected with the audiences. From acting in films secretly to her divorce to her love story with Maharaja Vijayendra Singh of Fatehpur (Bajpayee), Karisma portrayed each chapter with perfection.

The 2002-release starring Karisma, Nana Patekar and Sanjay Kapoor is a remake of a 1998 Telugu film, Anthapuram, based on the real-life story of Betty Mahmoody. (The original story is depicted in the movie Not Without My Daughter based on Betty Mahmoody’s book of the same name.) The story follows Shekhar (Sanjay) and Nandini (Karisma), an Indian couple living in Canada. Upon hearing about violence in India, the family travels to India, where Nandi learns of her husband’s deeply patriarchal family. When gang wars lead to the death of Shekhar, Nandini finds herself unable to leave the country, practically imprisoned by her in-laws. Her character’s journey towards finding her freedom is depicted beautifully by Karisma, with the right mix of defiance, honesty, and relatability.